President of the Few Exaggerates Impact of Sequestration 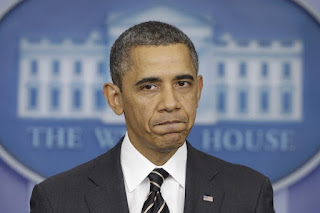 Now I know that for many folk, the sequestration is either serious or not. Although I do accept the ramifications of the process, it is hard to get real involved in make believe political nuance. But as such, It is equally as hard not to weigh in on the inside the beltway kabuki theater we surmise as Washington politics. First, what get me is the big deal folk make out of this entire thing per an economic issue. If anything it is an issue of national security first and foremost (42 percent of cuts will come from defense). But I suspect this is what President Obama anticipated when he first proposed sequestration for whatever reason in 2011 (which in itself is another essay). I say this because I think he really believed that Congress would bow down to protect their cash cow “defense spending.” But they have since then taken his player card.

Truth be told from a federal agency perspective, it only $85 Billion (north of $40 billion this year), that they have to cut. I think what is missed mostly in all of this is that our issue really isn’t related to debt or the deficit, but rather credit and borrowing. Yes we spend too much no question, but ours is a credit problem – we borrow too much which makes economics ignore what is essential – that one can address the debt and deficit and encourage economic growth by leasing in on cutting wasted and duplicated spending.

Again it is just $85 billion. AIG got two times as much when the government bailed them out, yet we can find money to bailout Wall Street but not cut from what we already spend? I find that hard to believe because the average individual, family and small business owner, if had to, could cut less than three cents from each dollar earned without going bankrupt or homeless. I know less than 3 percent is possible from history alone. If FDR could cut the federal budget by almost 40 percent at the start of WW II in one year, surely we can locate 3 pennies of each government dollar currently spent.

Maybe this is why the theater. Three cents on the dollar won’t hurt if done correctly (end waste and duplication.) But if it hurt anybody it will be us, the poor folks in America who depend on services like head start and similar provisions. President Obama knew he was taking a risk, but instead of the wealthy he pretends he wants to tax, he put folk on the hook who live pay check to pay check, struggling to survive in poverty and who depend on head start on the hook as bait for house republicans. And they didn’t take it because they only grab on behalf of rich lobbyist (as well as democrats). Now we are back to Washington at its best, seeing that pointing fingers is more important to the administration and the congress than moving pencils and using erasers. The result is all outside in real America being stuck in the weeds on this matter.

In four days we will have Armageddon as the president describes it. Although all parties agreed to it, why is it Armageddon now and it wasn’t then? America outside the beltway isn’t growing fast like Washington, DC and Wall Street. Since looking at what has happened from 2009 to 2011, more than twenty major corporations have paid no income taxes. Including the likes of General Electric, Boeing, Verizon and Amazon [Amazon made billions in sales in 2011, while paying nothing in corporate taxes]. The reality is that since Obama has taken office, corporate taxes in the U.S., at an all-time low in which we see the most profitable companies paying nothing at all. Yet instead of fighting for the payroll holiday to continue President Obama did not fight for it, for these people were on the hook as bait. In 2011, Facebook made billions and paid not taxes yet was given a rebate of more than $400 million dollars the same year.

The fact is all of the above demonstrates that both the present administration and the members on the hill have only corporate interest at hand. Not only is it government for the few, it is also President of the few. Drake almost got it right, but I would say “we started from the bottom and we still here.”

History: Rioting Across the US During the Great Depression (Video)

VIDEO: Modern warfare up close and personal: 6 months in Afghanistan

Email ThisBlogThis!Share to TwitterShare to FacebookShare to Pinterest
Labels: Afghanistan

Mali Wants a Cracker (half black/white cracker) Not

Seems like if you a Western Powerhouse nation with economic problems out the wazu, the retro chic thing to do is not to go to the Grammy’s but rather head to Africa. Truth be told, while the west has been buried in the economic doldrums of inflation and recession, Africa has proffered to be home of some of the world’s riskiest yet most profitable markets. The MSCI index has grew more than 8 percent in 2012 and is outpacing all the developed stock markets in Japan, the US and Europe. And you can best believe that both the Federal Reserve and European Central Bank are taking note.

Now true, under President Barack Obama’s economic policies US companies have enjoyed massive profits and corporations’ after-tax profits have leaped 171% (more than under any president since World War II). But the reality remains that the American economy, unless you are a rich corporation or campaign donor who on the top and got a real shot at getting some of that stimulus loot, aint hitting on shit. With limited resources and a declining value of the dollar, we doing what the romans did and King Leopold – subsidizing and pillaging countries with resources of value. Just so happens we have picked a region of a continent – Western and Central Africa.

Now true, on the surface poli-tricksters and main stream media will say our interest in Africa has everything to do with democracy and supporting the people and their interest. However, the facts could be no farther away, and the truth even farther. From the west’s purview, the grassroots concerns of the folk don’t matter to us. All we want to do is do what we do best - intervene to protect interest we speculate we have in the region as interventionists.

Let us start with the sweet crude oil producing state of Nigeria. I know Nigeria well; I lived there for more than a year in the early 1990s. Nigeria's natural resources include but are not limited to petroleum (sweet crude oil), tin, columbite, iron ore, coal, limestone, lead, zinc, and natural gas. Mali is like Nigeria, is rich with bauxite, copper, diamonds, gold, Granite, gypsum, iron ore, kaolin, limestone, lithium, manganese, phosphates, salt, silver, uranium, and zinc. Add to the mix Libya, where we know Gadhafi is dead, killed right when he was trying to instigate a United States of Africa to rival all western nations - they have oil and the Bouri Field, the biggest platform in the Mediterranean Sea. Not to mention the non-oil manufacturing and construction sectors, as well as iron, steel and aluminum. Now we must not forget the Congo with their Iron Ore, Magnesium, Diamonds, Potash, Phosphate, Copper, Lead, Zinc, Gold and more recently Oil.

Uganda has large quantities of natural resources also including gold, diamonds, iron ore, nickel, cobalt, tantalum, niobium, other rare earth elements, and OIL. And the government is in battle with the US and large multi-national oil conglomerates as we speak because they don’t want, and rightly so no foreign oil firms running they shit. Uganda’s Lake Albert region is rich with oil.

Although Somalia produces small quantities and uranium, they biggest asset they have is their location – right up the street and around the corner from the strait of Hormiz and Iran.

Now knowing that the aforementioned and selected nations are rich, it places our actions and those of other western European nations into a more lucid perspective. US/NATO operations in Libya in 2011 are an example of that. Meaning that our actions and interest in Africa are guided by a single basic, imperial and neocolonialist principle. Simply put, as the legendary rapper Biz Markie sang, “You, You got what I want, you got what I need.” All under the guidance (supposedly) of Obama’s Presidential Policy Directive on Sub-Saharan Africa. I would go into detail on that but I know many black folk don’t read and wouldn’t know what the newspeak of promoting opportunity and development; spurring economic growth, trade and investment; advancing peace and security; and to strengthen democratic institutions means in main street people terms – Rape.

The reason America and other European nations are in Africa is geoeconopolitical (yes, I made the word up). The goal is ‘creative destruction’ in an effort to replace the old African order with a Western-dominated , puppet state, that will serve the national and corporate interest of the nation’s doing the dirty work and the banking interests they represent. Way the big Wall St and Global bankers see it, Africa is the continent that can make them loot the good-ole boy, neocolonial imperialistic exploitation way. And we can see that with all the US military Obama has placed all over the continent via AFRICOM.

The mission of AFRICOM is to protect the national interests of the United States. And although they are only capable of military action, what they can do is misdirect and destabilize andwe all know investment bankers make most of their loot via destabilization. Yes, the west wants to get that loot, they will make up an excuse to do so even if it is an emotion called terror. But yawl don’t hear me though, especially black folk who feel as if the black half of Obama is running the Whitehouse and that he actually cares about black foldk as much and equally as he does Wall Street. And the black folk who don’t read and think he walk on water won’t care and will likely be my most vocalist critics for my assertions albeit I have lived in Africa maybe more than five years in places like S. Africa, Nigeria, Ethiopia and Senegal and been to countless others including Mali, Niger, Zimbabwe and more – when they aint never been at all. Yes Mali don’t wont no crackers, even half white, half black ones living in a white house.
Posted by All-Mi-T [Thought Crime] Rawdawgbuffalo at 12:39 PM 14 comments: 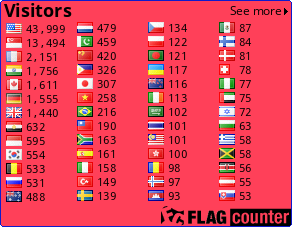