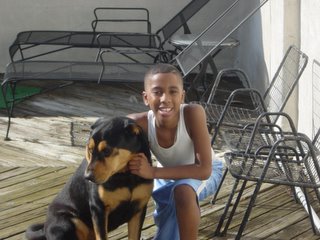 RIP
Posted by All-Mi-T [Thought Crime] Rawdawgbuffalo at 9:17 AM 15 comments:

The recent terrorist plot uncovered in London to blow up planes destined for the United States has proven to me that we have truly lost our minds and more important, the ability to think and reason critically. During the entire event, it seemed as if the media was more concerned with telling honest Americans about our security weaknesses and flaws and showing them what technology was being used to protect them, that they forgot we were also giving terrorists an introductory 101 class on how to blow us up.

Now don’t be quick to judge me, but I figure that the so-called terrorists (which I just prefer to call regular maniacs) are watching television and reading the newspapers as well and are taking notes. What really gets me is when they tell the public/terrorists via an undercover operation of how easy it is to get in the airport bypassing security. Then there is the ubiquitous mentioning of mundane information such as reporting that baggage and other support personnel are not screened before they are hired. Lastly, it is the way they suggest new ways for them to attack us, including mentioning how easy it is to get a bomb onto a subway train in any town.

Obviously, we have wasted all that Homeland Security money. Our ports are still vulnerable, more than 40 percent of goods imported to the United States comes through the Los Angeles and Long Beach Ports, yet our government has only spent $40 million for port security purposes while they spend that much each day on airports with no reasonable facsimile of security. So all y’all in the media, just go on and tell them how to bomb us, and we will just keep on taking our shoes off for no purpose when we go to the airport.
--torrance stephens
Posted by All-Mi-T [Thought Crime] Rawdawgbuffalo at 1:00 PM 6 comments:

man on the side

One of my homeboys and I decided to go out the other night. We had a ball in the heart of Adamsville — the flat lands. I will not name the edifice but let’s just say that it starts with the initials JR. Any who, while I was there I noticed that everyone was super-friendly. Especially the women.

After we had been formally introduced to everyone that keeps the club running smoothly — especially the lady security guard with the Glock pistol on her side, we assumed seats near the deejay booth. Eventfully, after a few more hand shakes, and obvious amiable interactions, a woman approached us. My homeboy always introduces me, out of courtesy, to all of the women in the place, but I had my eye on the security person.

She was wearing practically nothing, which actually showcased more of what she was trying to conceal. All of us, including my friend cordially conversed, so when he decided to excuse himself from the conversation, Ms. Security and I continued talking. I gave her my business card when she inquired about my profession. I was really preoccupied with the deejay and the infectious music he was playing, as well as the perfectly mixed Absolut and tonic the security lady had bought for me.

When my friend came back, he whispered in my ear that we were heading to another spot. I informed my newfound lady friend of my departure while she looked me up and down and proceeded to write her number down. She said, “take my number [and] give me a call, I have a man but you can be my man on the side.”

My first thought was — Damn! So I told her that I couldn’t afford the things required to hold the title of being her man. She just looked at me and smiled. I could only wonder if this is what relationships have been reduced to. Simply a game you play with men as pawns. I mean, do women disrespect and devalue solid relationships? Naw, I refuse to believe that. It must have been the atmosphere or perhaps the drinks.
Posted by All-Mi-T [Thought Crime] Rawdawgbuffalo at 10:35 AM 12 comments:

is she a gold diger-lol

This aint mine, my boy sent me this on line, you make the call.

*Does the girl come off as super charming, super classy, and image conscious?

*Do they come off as the type of person who would be judgemental about, non-character aspects of a person?

*Do they seem like the person who is "always on the guest list" of the in-crowd and seems to put a large part of her self-image into that fact?

*Do they seem to have a life-of-the-party, celebrity-of-the-scene persona? 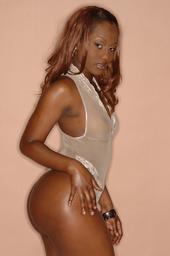 *Do they seem to get fingerpointy about people who have a considerably "less than cool" image?

*Do they seem to be totally and completely lacking in personality or fashion quirks?

*Do they come off as the type of person whose life centers on charming and witty, but superficial conversation topics (especially he-said/she-said gossip)?

*Do they seem to get thrills from having or doing this "faaa-buu-lous" this and that - especially if it will make for great monday morning water cooler conversations?

*Can you see them fitting in well with the types of crowds whose body language, tone, and general personas seem to say "ACTION AND EXCITEMENT! THAT is what we are all about"? (Especially if this is accompanied by airs saying "Anybody who can't 'keep up' with us simply is not worthy to be treated as an equal")

If you answer "Yes" to a substantial number of these questions, then I think you should (to use weather service terminology) a "Golddigger Watch", even if she doesn't seem to have a lot of expensive clothing, or this and that. Of course, many women will score "Yes" on at least one of those traits. Furthermore, not every woman who scores highly on these traits will necessarily be a golddigger. EVEN SO...a substantial number of "Yes" answers should be a warning sign telling you "Proceed With Caution! Higher Than Normal Chance of Her Being a Golddigger!". 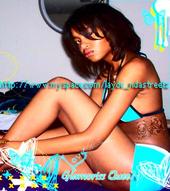 You may or may not disagree with these traits, but that's what life's experience taught me. I'm not rich, but I've seen too many women with a lot of those traits in my life to completely dismiss them as a warning sign of a woman you should avoid.

Bottom line, If you're with someone only for the money, and you pretend to love them...then you're not just a gold-digger...you're a liar...and that's never good. Because theres nothing wrong with a guy spoiling his woman but if your guy is treating you right then you should spoil him back. Not just a one way situation..Thats what a gold digger is

Siccing the dogs on them 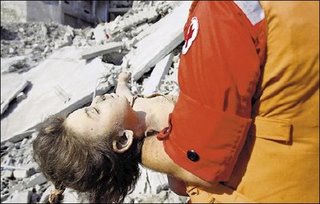 From Nabatiyeh to the Beqaa Valley to the south to Ashrafiyah, Israel is cutting some heads over in Lebanon. The U.S. made F‑16I, with there navigation and targeting systems have been smashing the feces out of targets in Lebanon, most of which are civilian infrastructure. The say its to get at dropping Hizbollah's military arsenal to about 50%.

Maybe I am the only one to think this but it appears as if the capturing of two troops was just an excuse and that the IDF had been planning to do this regardless for some time. I mean they didn=t invade in on October 7, 2000, when Omar Sawayid, Benny Avraham and Adi Avitan were seized by Hizbullah . They didn't even bomb at that time. But now for some reason, with the help of the U.S., they proclaim that their actions are merely a rescue operation.

No question that hezbollah runs southern lebanon, but that is no excuse to bomb indiscrimantly, even places like the predominantly Christian Ashrafiyah. What Isreal and the U.S. fail to accept is that Hezbollah is a bourgeois nationalist movement with support throughout the Arab world.

US has no leverage with any country in the region effectively cut diplomatic relations with Syria and encouraged talk of regime change in Damascus.They repeat endlessly that Israel is merely exercising its right to defend itself, and the blockade and bombing of a sovereign country, Lebanon, was provoked by Hezbollah's kidnapping of two Israeli soldiers. 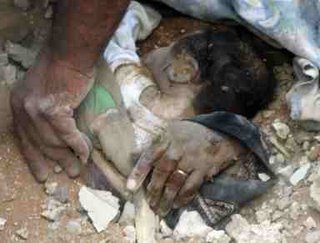 They conveniently ignore the statements of the families of the captured Israeli soldiers, who have demanded that the Israeli government negotiate with Hezbollah for the release of their loved ones as part of a prisoner exchange, and criticized their own government for refusing to take diplomatic steps, wondering out loud whether the soldiers have been abandoned in the pursuit of expansionist aims.
Posted by All-Mi-T [Thought Crime] Rawdawgbuffalo at 11:05 AM 12 comments:

good footage of what the IDF is doing can be seen here
Posted by All-Mi-T [Thought Crime] Rawdawgbuffalo at 1:40 PM 26 comments:

With all of this talk about fuel, rising oil and gasoline prices, it strikes me as off-based that we as a country have not mandated or twisted the arms of big oil companies and automobile manufactures to get on the ball and do something. Supposedly there is something being done, a new fuel, which has been around for a while is currently on the market. E85 is a blend of 85% ethanol and 15% unleaded gasoline that is used in flexible fuel vehicles. The U.S. Department of Energy is classified as an alternative fuel.
According to the federal government, an alternative fuel is a fuel that can be used over regular vehicular fuels such as gasoline and include natural gas, and alcohol (including ethanol and methanol) among others. A flexible fuel vehicle (FFV) is a vehicle that can run on a blend of ethanol up to 85% and/or straight unleaded gasoline.

Since 1869 US crude oil prices when adjusted for inflation averaged about $18.59 per barrel World crude oil prices over the same time period averaged $19.41 per barrel. In 1980 and 1990, crude oil was $37.42 and $23.19 respectively per barrel. As of June 30, 2006, U.S. crude oil prices per barrel were $73.78.
High oil prices have aided to the record earning accrued by companies like Exxon Mobil, which reported a first-quarter profit of $8.4 billion this past April. But I do not foresee any change in the cost of crude oil with increasing demand and US lazy and selfish Americans driving more each day and out penchant for large gas guzzling automobiles. They say that Alternative fuels like E85 are the wave of the future. However, auto manufactures are resisting the change especially in concert with the big oil corporate giants in the US and abroad. In addition, it is difficult to get E*% in most places. There only three laces in Georgia, nine in Texas, six in New York, and four in California. Iowa retailers indicate the highest monthly sales for E85 in comparison to any other states in the country.

Politicians should put their money where their mouth is and focus on legislation that would force big oil companies and automobile manufactures to be proactive in this quest for alternative fuels or else we may be back to the horse and carriage days on I-85 in the future – real soon.