A few weeks ago, while speaking at a rally held at Georgia Southern University to support Max Burn’s congressional run, President Bush suggested that a vote for Democrats was essentially a vote for terrorists and that if that occurred, the “terrorists win and America loses.” From the results of November 7, 2006, it seems that the terrorists have won. Albeit, not all of the terrorists, which includes one of my favorites and my homeboy, U.S. Representative Harold Ford Jr. Nonetheless, the Democrats put it on the GOP even if this lifetime Libertarian has to say so himself. 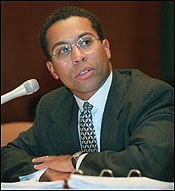 Nationally, the Democrats picked up GOP seats for the Senate in Ohio, Pennsylvania and Rhode Island. In the Congress, they picked up seats in Florida, North Carolina and several other states. Then there is Deval Patrick, who whipped up on Republican Kerry Healy in Massachusetts to become the second African American elected governor of any state, ever. In Georgia, a Morehouse classmate of mine, John Eaves, was elected Fulton County Commission Chairman.

What does this mean? The sea changes affect African Americans namely at the national level. With House Minority Leader Nancy Pelosi becoming the Majority Leader, she will play a key role in determining which Democratic lawmakers receive powerful committee chairs, many of which — if her promise of rewarding seniority stands — will go to members of the Congressional Black Caucus. Therefore, cheers to the terrorists.
Posted by All-Mi-T [Thought Crime] Rawdawgbuffalo at 12:55 PM 6 comments:

questions of the day

Can you turn a ho into a housewife?

Can I love two people as mates at the same time?

can we LYNCH him? 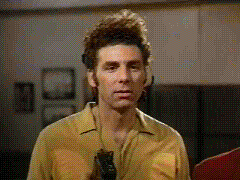 Can we find out where Michael Richards lives, since he thinks that we would be hanging from tree's if it were 100 years ago? Look at him at the Factory in Los Angeles.
Posted by All-Mi-T [Thought Crime] Rawdawgbuffalo at 2:31 PM 12 comments: 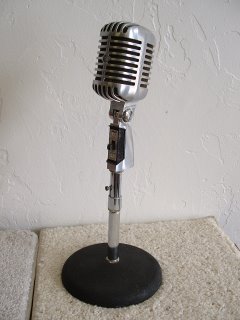 I am a product of hip-hop; I could be considered a member of the founding generation of hip-hop. And although I like the beats and the music that I hear, there is something lacking that makes me uneasy. There seem to be a lack of lyricists nowadays. Sure everyone claims to be a lyricist, but there are very few.

By definition a lyricist is one who writes songs, but it seems as if a lyricist should also be socially conscious, creative and never willing to write about or on the same subject matter over and over. Currently, the only thing that one hears about in the hip-hop game is materialism, vanity and falsehoods that do nothing to improve the corpus of listeners that make such artists wealthy. Sure, I have heard that this is what goes on in the streets, and that people want to purchase these songs, but isn’t there a higher purpose to making music than just stacking loot?

I just wonder how many times can one talk about shooting folks, selling drugs, platinum teeth, diamonds in a watch on their wrist, cocaine, 24-inch rims or smoking purp? How much can this actually be contributing to the betterment of folks that are already devastated historically by the pangs of racism and prejudice? Now don’t get me wrong, I listen to the same music too, and like most of it, but there is a greater good, people. Not to mention, half these folks talking about the dirt they are doing or are likely to do, don’t even live in the communities they write about.

So y’all folks who consider yourselves to be dope lyricists, show me something, because for the record, you’re just talking out of the side of your neck and repeating news that ain’t newsworthy at all.

take me out to the ball game 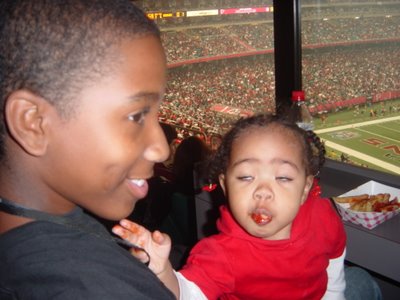 Hey had a great weekend. a few bars and a few parties - recant it was the weekend of the BET hip-hop awards. 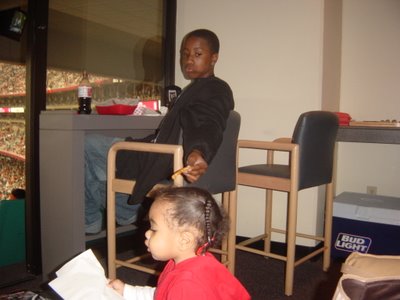 But on sunday, i was at the dome, with the best of company - my secret service. we had a ball and they say a picture is worth a thousand words, then here are three - with the exception of the sorry falcons. 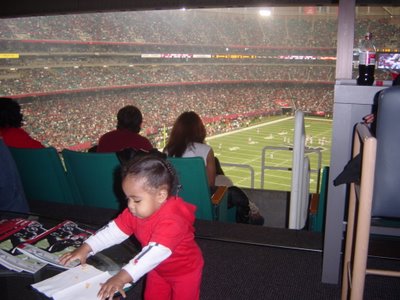 The Bad and the Stupid 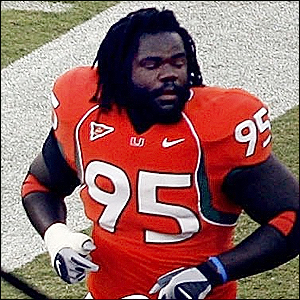 There used to be a statement that was really over used that was taken from a cowboy movie – The Good, the Bad and the Ugly. I have modified this to the aforementioned title. Why, Well first, yesterday my homeboy, Harold Ford Jr., lost his bid for the US senate seat for the state of Tennessee. I call him a homeboy because not only we are from the same city of Memphis, Tennessee but also because I know him and remember when he would always come over with his father to a neighbor’s house across the street when we were all much younger. I am proud of his accomplishments but this Libertarian here really did want him to win. Nonetheless, he has still made history and I expect greater things in the future from this 36 year Harvard law school graduate. This was the Bad for me. 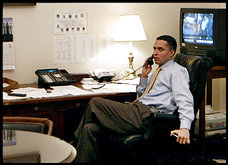 The stupid well there was a lot to select from. However, I decided to select two, one of which is rather tragic. University of Miami defensive lineman Bryan Pata was fatally shot Tuesday. A senior, he was expected to be taken in next spring's NFL draft. All this opportunity is a waste, since he was proffered an opportunity for both a higher education and a chance to make millions by merely playing sports. I do not know what transpired, but I am certain that there are consequences to our behavior. Sometimes its best to think and avoid situations, but such would suggest that thinking and reasoning are skills that al posses.

Lastly, there is the man that is scheduled to host the BET awards here in the ATL – Katt Williams. The 35 year-old Williams was arrested at Los Angeles International Airport after a stolen gun was found in his briefcase, airport police said on Monday after he was stopped at a security checkpoint. First, it is difficult to see this as something other than a publicity stunt, so maybe he can have something to joke about on stage at the fox. But why waste money and time? And more importantly, why travel with a throwaway on a plan, it aint like you ca keep it under your seat. Any way, next time, go to the city of destination if you fly, and purchase a throwaway there, they should be rather easy to obtain.
Posted by All-Mi-T [Thought Crime] Rawdawgbuffalo at 11:04 AM 6 comments:

where did this happen and when - man shot 81 times

How many Bullets does it take to shoot an un-armed Brother? Answer is 81
Posted by All-Mi-T [Thought Crime] Rawdawgbuffalo at 12:32 PM 8 comments:

Something historic just happened recently, Joe Lieberman became just the fourth incumbent senator to lose a primary since 1980. After his lose, he then announced he would continue to run, but as an independent – specifically what he called an independent democrat. Appears as if his independent democratic ways is what lost him the race in the first place.

Lets face it, Ned Lamont, a millionaire cable mogul is new school and without wrinkles. In contrast, Lieberman is stuffy and viewed as a pocket man for a Bellicose President. Some argue that Joe Lieberman has been an effective Democratic Senator for Connecticut and for America. By changing affiliation, this supposedly honorable senator is telling folks it is ok to be a sore looser, to take your ball and go home when you are not picked to play.

Who cares if Leiberman’s loss will make the Democratic Party more extreme far left or that Democratic candidates become unelectable? I just think he send the wrong message, saying that if you lose fairly, then you can turncoat on the folks that carried you and mess it up for them. It also says that Three-term U.S. Senators are obsolete and out of touch with the populous that in most respects are sick of the war/occupation in Iraq. All in all it just says that Senator Lieberman is a wuss and a wuss by genetic make-up is part wimp and part pussy.
Posted by All-Mi-T [Thought Crime] Rawdawgbuffalo at 10:42 AM 9 comments: