While many of us walk around oblivious too the serious economic conundrum our country is in, and remain inattentive to the world around us and feel secure in our little niche with our weekly pay checks, it is really a troubling time in our beloved country. The trouble from the way I see is multifaceted yet all inter-related. First the wild west financial entrepreneurship of recent years that lead to the creation of the derivatives, credit default swaps, collateralized debt instruments, and the new boy on the block cap n trade futures. The reason they became so popular is because they allowed Wall Street banks to get around financial regulations because they were kept of banks balance sheets. Then they were packaged and sold for many times the values of the actual loans and when the housing market crashed they became basically worthless.

My question I guess is why do we keep on doing the same dumb stuff? In the 1980s, we observed the Texas real estate bust; what we saw then is what we see happening now - folks taking government money and basically gambling with it to make a profit that the US citizen would have to take the loss for. My concern is that the Treasury and the FRB under the Obama administration are trying to pull the wool over our eyes. First by not trying to examine this economic crisis holistically(letting the Feds and Treasury examine this in the open) and rock us to sleep with the story line that all is well and will be happily ever after.

Then there is the fact that our stagnant economic growth is also a function of lower tax revenues which means we as a nation will have to borrow more and more money. As of now, the proposed Obama activities including Cap N Trade and Health care reform will only stagnant growth more given their considerable cost. Even the Chinese government has stated publically their concerns with the US government debt since China holds a major portion of such debt. China owns US government bonds and Treasury notes at or approaching the $700bn of the bonds at the end of 2008.

Now the Federal Deposit Insurance Corporation, based on 2009 data stated that 702 banks with a combined $402 billion in assets are at risk of failure this year. With all of this overt information, they to me are getting it all twisted again. They say they want to stimulate lending but this can’t be done by throwing money at banks. The reason banks are not lending to each other is not because of a lack of loot to go around but because banks have no faith in the ability of borrowers to repay their debts for none of us know what institutions are solvent or on solid ground. In the great depression, banks failed because folk took their money out during the runs on banks. Today it’s due to the strange financial investment tools that financial institutions keep off of their books and we don’t know what their value is or if they are worth anything at all.

Obama as his predecessor George W. Bush lean toward a jobless recovery but have taken no steps to stop the increasing levels of unemployment. After reading his 2,585-page, $3.8 trillion document 2011 federal budget it is obvious that we will continue to go father into debt and that the brunt of this will be felt by us the average citizen. In his State of the Union Address he said that he would have a 3 year freeze on non discretionary spending but one cannot tell from reading his budget nor see how this will help our economy.

First, by December 31, 2010, most of the American Recovery and Reinvestment Act (ARRA), that comprised the Obama stimulus package, will expire. This will leave states in even worse position than they were before. Last year even with the stimulus money, 48 states already had significant budget gaps. In Hawaii, folk may not get their tax refunds until August and in California, they have been giving out IOU’s. Across the country we see lay off is in Police departments and schools not to mention the closings of entire police departments and many schools. In San Francisco they plan to lay off more than 900 school teachers, administrators and staff. Des Moines Public school officials plan to cut almost 500 jobs and here in Georgia, Fulton County plans to cut 1000 jobs and DeKalb County anticipates closing a dozen schools over the next two years. In Massachusetts, they are considering eliminating funding for a program providing housing vouchers to homeless families. California has proposed $1.5 billion in reductions to kindergarten through 12th grade education and community college funding. In Arizona, the state trust fund that pays for jobless benefits is expected to run dry this week meaning that if they will continue to pay unemployment they will have to borrow $250 million from the U.S. Treasury in 2010. About 30 states have had to borrow federal money to do the same thing

Yet still with all of this, there are no proposed political reforms to deal with bankers who will likely see any attempt for a new independent agency to protect consumers as a threat to their business; and there is still norealistic effort to deal with job loss and creation. Truth is needs to generate an estimated 1.5 million new jobs each year simply to keep up with new workers entering the job market annually. Not to mention we will need to create 600K jobs a month to reduce unemployment to 8.5% to make his budget practical.

All I am saying is that before things get better, they will get worse. Our solution is not to flood the market with money for this is not a liquidity issue but rather one of jobs, accruing debt and banks not know the value of other banks. All the Obama policy is doing is transferring risk from private banks to government which aint good. And instead of trying to restore trust in our financial system, Summers, Geithner, Bernanke and the boys have tried to sweep the problems under the rug while at the same time telling us there is no need for reform.

Just be honest you inside the beltway folk. The government has committed to give trillions to the financial industry but the way I see it will only lead to inflation and never reach the small businesses like mine who are going out of business every day. Truth is most of the loot has gone to states to help tryt and keep unemployment rolls open, medicare payments and teachers employed – but this has not worked. All I suggest is that you work on the economy and leave this healthcare alone for now – handle your business folk before we become the next Greece.

Email ThisBlogThis!Share to TwitterShare to FacebookShare to Pinterest
Labels: self destruction, Self hate

poppa i dont want to go out of business

Today is my last day of business. Closing down. Economy is real bad if you aint know, especially for small business owners.First 26 to 28 months was making 4 to 5 K a month. Last 10 months barely 2000. So closing to regroup. Thanks for the love. Lil momma say she dont want us to go out of business. 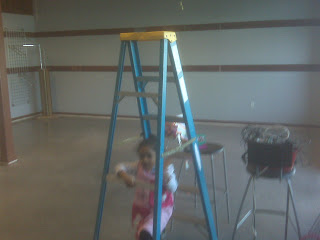 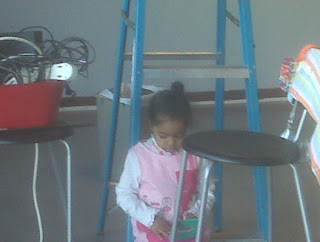 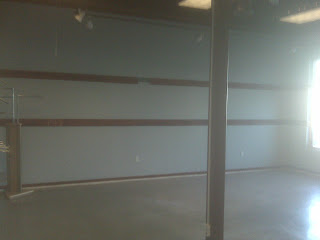 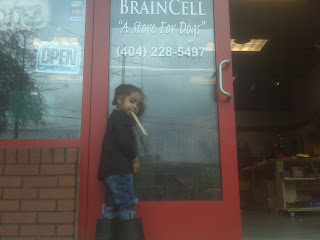