Email ThisBlogThis!Share to TwitterShare to FacebookShare to Pinterest
Labels: FEMA

Mythbusters Barred From Talking About RFID By Visa, Mastercard, TPTB

President Obama States: He Can Have ANY American Citizen Killed

Email ThisBlogThis!Share to TwitterShare to FacebookShare to Pinterest
Labels: Prison, us prison system

This issue wit Europe regarding the sovereign debt crisis is irksome. in particular in terms of the US response and more specifically, how urban radio has not taken charge to explain the impact of this on the lives of average african Americans. It as if the discussion of things that have no tangible impact on the lives and well-being of their listeners like a short marriage between celebrities or the alleged sexual sexcapades of a Herman Cain or a Jheri curled Atlanta minister with a propensity for sexting and wearing Toupee made of adolescent male pubic hairs.

There is no excuse for urban radio not too present these issues in discussion format when possible too their listening audience. From Frankski on his morning show in Atlanta to Al Sharpton, or Lorraine White to Tom Joiner, there are rarely attempts to deal with politics and the impending economic implosion in an erudite and astute manor. This is even more needed based on the toxic environment in Washington in which Neither President Obama nor the Congress are will to tell us the truth regarding how bad the US economy is and solutions are rare and disfunction is the way of the day.

Explaining to the general public the importance of what is occurring in Europe is essential if the average American citizen, in particular African Americans are to be prepared for what may be on the horizon. Instead, our radio talk show personalities only speak of politics as if they have to protect Obama more than the people he and Republicans are supposed to serve. We should be critical of his effort to send Treasury Secretary Timothy Geithner to Europe to tell them to deal with the debt situation urgently in a political fashion when he cannot do the same here at home.

The ongoing global financial crisis is serious and something that should discussed openly by all. First, this is more than a crisis. What we are seeing is a “full-fledged, irreversible and unsustainable Global Financial Collapse that, if not properly addressed, may bring down the whole global economy with it.”

It is a function of troubled banking practices ranging from fractional lending, usury compound interest, fraudulent derivatives, and creative accounting practices that prey on the middle and lower class and enrich corporatist who reign free without regulation. These cancers have resulted in the collapses of Bear Stearns, AIG, Merrill Lynch, Lehman Brothers and the bailouts of Goldman Sachs and CitiCorp among others.

These are complex issues and cannot be addressed, discussed or explained in a cursory manner. It is imperative that urban radio address these concerns in an objective fashion void of politics so that the consumer and average African American will be empowered to make informed political decisions. Protecting Obama from his detractors or discussion the alleged affairs of Eddie Long or Herman Cain or even the racial undertones of Newt Gingrich do not accomplish anything to serve the needs of a community most impacted by the down turn in the US Economy. WE have to address these issues or else do what we all have the tendency to do historically: be reactive instead of proactive,
Posted by All-Mi-T [Thought Crime] Rawdawgbuffalo at 1:18 PM 9 comments:

'End of euro road in 48 hours if no summit solution' 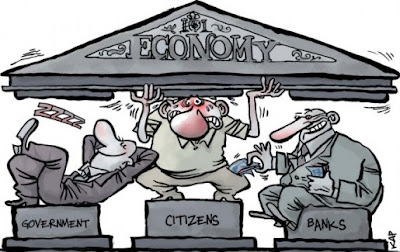 I have been giving the global economic crisis a considerable amount of thought. If you have been reading my essay’s on this blog for any considerable length of time, you are aware of my predictions as early as 2007, with respect to how the US, Greek, French, Spanish, and Italian economies would falter as a function of unsustainable fractional banking practices of central and private banks, poorly formulated and conceived economic political policy, the incessant propensity to employ Keynesian economic philosophy to provide the fasade of short-term solutions to providing economic growth, and how these problems are not due to a liquidity issue but rather a massive debt contraction in which printing and disseminating additional paper money only makes things worse (quantitative easing).

The predicament that Germany finds itself in is unique and historically explains why they have taken the position they have. Many western nations including the US and its major European counterparts have been giving Germany the business for not want to bailout nations heavily burden by debt in which their citizens receive big pension pay outs so that they can retire before age 50 and live club-med life styles.

Since the times of Bismarck, Germany has been considered a threat to the rest of Europe. : This both economically and militarily. Ever since Prussia defeated France in the war of 1870-71, this has been the case. Even after the war, Germany did not really rebound economically until 1895. By the time they did, around 20 years later the First World War had started and in-between that time the British government, among others was taking a page from Napoleon and the US Civil War to destroy German economic growth via an extensive counterfeiting operation.

Unlike the European nations who are in dire economic straits and begging for Germany to take on their massive debt burden, they remember how the Allies dictated the harsh terms in the armistice signed at Compiegne, France. The reparations imposed as a function of the Treaty of Versailles led to hyperinflation in 1923 which only got worse when the depression hit the world in 1929 which resulted in massive deflation. The treaty resulted in Germany giving up an eight of its territory which equaled near 7 million people, all of its international investments and it colonies outside of Europe. Leaving the nation with close to 150 billion Marks in debt.

Neither the European Union nor the US has a Dr. Hjalmar Schact to assist them in this present crisis. It was Schact who revived the 1920s Weimar Republic of Germany from post WW 1 hyperinflation. A period before then which saw a currency exchange rate of 1 trillion Marks for 1 US dollar. German as well as the rest of Europe knows this recent fix is short term and is equal to using dental floss to splint a compound fractured leg. Just today banks in Britain still acknowledge that the euro zone crisis was the biggest threat to the UK's banking system. This is why Germany is reluctant to assist in the massive Euro zone bailout in which they would assume most of the exposure. German foreign minister Guido Westerwelle has rejected the notion that the debt deal agreed in Brussels recently could be renegotiated to give Greece more generous terms while he was speaking in Istanbul.

This is why the World’s central banks (led by the US Federal Reserve) reduced rates to prop up the broken legged Euro zone economy once again. “The Bank of Canada, the Bank of England, the Bank of Japan, the European Central Bank (ECB), the United States Federal Reserve and the Swiss National Bank on Wednesday announced a coordinated attempt to provide liquidity support to the global financial system to avert further global financial distress.”

The Federal Reserve, in a morning press release, said that it will take measures to provide easier access for European banks that hold dollar-denominated currencies for dollar loans to U.S. currency. This translates simple into Washington politicians from Obama to the Congress made easy millions by buying stocks knowing they were to bail out some countries in Europe.

The bottomline truth about today's Federal Reserve-led coordinated effort by developed worlds' central banks to ease the liquidity problems of European banks is this: It doesn't change anything. European leaders still have the same tough decision to make. Either impose even stricter austerity measures on Europe's struggling nations or force Germany and other stronger European nations to come forward with an even bigger bailout, or, of course, kiss the Euro good-bye. Germany keeps all of this in perspective and in the back of their collective unconscious, they have to remember the Treaty of WW 1 and the hardships of hyper-inflation suffered them and after WW 2. Thus it is no wonder they are hesitant to help the very nations who destroyed their economy. The parliament remembers because they suggest that German participation in bailout 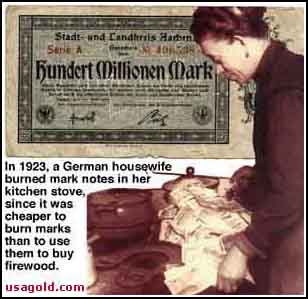 process violates limits of acceptable integration within the EU, interfering in sovereign affairs of other member states. This even if Angela Merkel and the German courts do not. The reality is that no matter the German court ruling, its decision has little to do with saving the euro in the long term. The state of Europe will eventually show it’s jaundiced and gangrene infected economic limbs and do as all bacterial infected cells do, and Germany will survive waiting in the wind while the rest of Europe remains helpless.

If I can recall of this history, surely the Germans can and the rest of Europe. But as to the Us Federal Reserve and President Obama, I doubt it and this really scares me about the economic prospect for Americans long-term future, one in which we are trying to create with short-term and temporary fixes.
Posted by All-Mi-T [Thought Crime] Rawdawgbuffalo at 11:02 AM 8 comments: