where dem dollars at 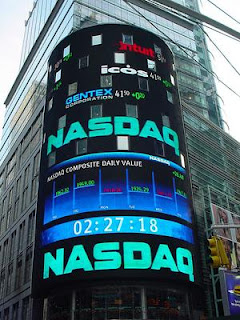 Boy oh, boy, I’m glad my broker honored my request to put a quarter of my account in pounds and Euro’s each. Im certain by now you have heard that the dollar dropped to $1.40 against euro.This slide has been goin on for about 3 or 4 years now, but never has the change against other currencies been so dramatic. This was after the Federal Reserve cut interest rates in the beginning of last week.

The query is multifold, inclusive of asking what does it say about Greenspan's successor, Ben Bernanke. Not only do we have to worry about the decline in the greenback, but add to that the bust in the housing market and a reduction in manufacturing, this should have a major impact on the U.S. economy. 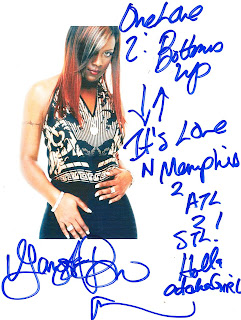 My concern is that politicians are not even talking about the importance of having a strong currency for the country during the current political dialogue. Especially since it has been reported that China has stocked piled about $200 billion US dollars. Then there is the Arab move to confound all of this. Borse Dubai has just secured 28 per cent of the LSE as part of a wider deal with the US-based Nasdaq designed to settle their long-running battle for control of the Nordic exchanges and telecommunications operator OMX. The Dubai group bought most of Nasdaq’s 31 per cent stake in the LSE for £14.40 a share in cash. In return, it will take a 19.9 per cent stake on the combined Nasdaq/OMX group and receive cash.
Now days the dollar is equal to the Canadian dollar, which places the “loonie" at its highest point in about 30 years. This is important to me since see first had via my travels abroad how the value of the dollar is shrinking. If the dollar keeps dropping, it makes imports more expensive and maybe even increasing the likelihood of inflation.
As I mentioned last week about China, the US trade deficit in goods and service was $726 billion, as we had way more imports than exports. True, a lot of this is a consequence of the increasing price of oil; we may be seeing the beginning of a larger pain that will come in all of our pockets. So yawl keep track of your investments and it might be wise to start looking a forex exchanges and funds to make sure you hold on to your loot. So when Gangtsa Boo ask wher dem dollars at, we can answer china and Dubai. I take my investment seriously, this is America, and yawl can see some of where my money is in my portfolio on the side. And like Paul Harvey- Good Day.
Posted by All-Mi-T [Thought Crime] Rawdawgbuffalo at 10:17 PM

I like the stocks but never really followed currency much. I've been thinking of getting some more education with a company called Teach Me to Trade. My brother in law hooked up with them and made some grip from limited training.

lemme find out all this confederate money my gramps left me is worthless. LOL!