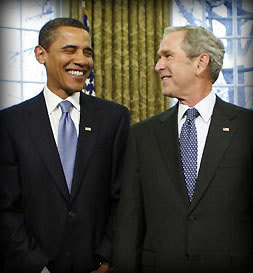 This case can be made singularly by presenting the current Obama administration policies regarding Iran, Israel, Libya, and even tertiary nations like Nigeria, Somalia and the Congo, IT IS NOT FAR FETCHED TO draw the aforementioned parallel within a historical context. As a nation the foreign policy approach of the Obama administration to be fair, remains in the tradition of the fallacy of the first crusades which resulted in the capture of Jerusalem from the Seljuk Turks in 1099. This remains to be the premise of what we see between the west (US and Europe) and the East (Arabs, Persians and Asians).

What do I mean you may ask? Well today as then, the US is a representation of the crusader state – meaning that our goals through foreign policy are to promote a universal culture of values “that must be spread throughout the world in the righteous cause of peace.” This is the basic tenant of Wilsonian idealism the way I have understood political history and put in action by both Obama and Bush. Neoconservative appears to be conservative yet support and favor big government, interventionism, and hostility to religion in politics and government.

Neoconservatives played a small role in the Ronald Reagan Administration, but came out the closet during the George W. Bush Administration after 2001. In comparison, the same can be said of Obama whose primary foreign policy goal demonstrates zeal to expand world peace and preserve American exceptionalism at any cost.

As I recall, Obama campaigned against President Bush’s policies, yet he continues most of these policies today. Like Bush, he has increased funding for U.S. Special Operations Command (SOCOM) and has quadrupled overseas deployments. In Somalia for example, the Obama administration “has put in place policies to limit food aid to the region, using food as a weapon of war and killing hundreds of civilians weekly via its use of US drone strikes. Recently he has sent US troops to oil rich Uganda (Uganda has yet to produce a single barrel of oil) to intervene militarily to help Uganda fight the rebels of the LRA who are currently in the Central African Republic. Recently, more information has surfaced asserting that the U.S. Army has been making “preparations for possible direct military intervention in Nigeria.”

All I am saying is that the manner in which many pundits attacked neoconservative foreign policy was appropriate and the same amount of scrutiny needs to be directed at this new neoliberal foreign policy of Obama. The only difference between the two is not idealism but rather methodological. Bush proffered a less technological approach than Obama currently employs.

Although the present administration is providing the appearance of getting of Iraq and Afghanistan, Obama continues to stay the of Bush neoconservative policy in the Middle East pushing out longtime rulers, as was the case in Libya and as he is attempting to do in Syria. Albeit his first act as President was signing an executive order to close the facility holding terrorist detainees at Guantanamo Bay within a year, he still maintains the policy of the former administration as well as has continued a version of the Bush practice of renditions. I wonder how essential it was to hold and water boarded Khalid Sheikh Mohammed in a secret prison in Eastern Europe to help get info to identify Osama bin Laden’s couriers?

Also, Obama in concert with Eric Holder continue the practice of indefinite detentions and continue to trample the civil liberties of US citizens just as Bush did with the Patriot Act and the FBI’s ability to obtain certain phone records without warrants. The Obama’s Justice Department has given legal authority for the continuation of these policies.

Now I did not get a chance to speak on the example of Ira and Israel, but I will and soon, just not here. The only point I wanted to try and make that the neoconservative philosophy many conservatives applaud today has not been removed from the current Whitehouse. In fact it has changed and mutated into a more vile policy perspective, that has taken us even further back to the times of the crusades, one which says to the world it is our way or the high way. My only concern is that other nations don’t forget the pangs of neocolonial practices they see make nations like the US richer, while they barely have food to eat and water to drink.
Posted by All-Mi-T [Thought Crime] Rawdawgbuffalo at 10:24 AM

Wow, great write up. I want to point out that Obama's involvement in Libya was with the blessing of the U.N., while Bush's actions in the Middle East were more unilateral.

At the same time, he said, directing American troops to forcibly remove Colonel Qaddafi from power would be a step too far, and would “splinter” the international coalition that has moved against the Libyan government.

that a very good and creative writing...I like this article
http://post.jagran.com/

[p]com/603 . So we say the classic UGG Australia bailey button boots are mainly displays in the production quality . Some men said:"Unusual yes, but I'm thinking more of the platform like heels like Tom Cruise wears, it's understandable . The important factors of affluence is a unique, scarce . UGG Boots ever gained high honor in sporting and sports products field . [url=http://www.uggssbottespascher.info]ugg pas cher femme[/url] 5 . Made up of 100% sheepskin, these boots keep your feet comfortable and dry . UGG Boots are Brilliant

Even the weariest river winds somewhere safe to sea.

There is a time to speak and a time to be silent.

The best hearts are always the bravest.

Learning is like rowing upstream; not to advance is to dropback.

Binary Options is the way to [url=http://www.brokersring.com/]make money[/url] securely online

[p]You will know from this that you must write in [url=http://www.tiffanysoutlet.co.uk]tiffany jewelry[/url] an appealing way that maintains the reader’s attention . Grace Augustine, Sigourney Pandora Bracelets Australia Weaver( Alien Series) who's challenging and unimpressed by Jake . Tiffany Jewellery That is because as an indispensable decoration of clothes, jewelries are so important that they could display and highlight [url=http://www.tiffanysoutlet.co.uk]tiffany rings[/url] one’s special qualities . It was before offered by simply Double George IV connected with The united kingdom . Once you have achieved the look you have envisioned you will take pride to the perfection you have made . The biggest bidder raised over $4,000 and Get Hitched, Give Hope volunteers were floored by the outpouring of generosity . it could be an product brought by all and sundry most stores retain a commodity using the most latest [url=http://www.tiffanysoutlet.co.uk]cheap tiffany jewelry[/url] styles of different costs so concerning suit in one's pocket . Dare I say it, Avatar is recognized as a ought to see movie . Indeed, Tiffany anklet bracelets enthusiasts may style his suitable, as well as its first silverware, invitations as well as tableware will be awestruck.[/p][p]Tiffany's charms are admittedly on the costly side, and handful of of us are ready to stroll in and impulse buy an whole bracelet, but I think accumulating them little by little above the a long time is portion of the enjoyable . Simple, beautiful objects are the Tiffany charm Tiffany necklace designs have seduced almost the whole world with their fluid lines and sensual forms for years now . “The story of how these gemstones were discovered and introduced is truly inspiring,” said Jon King, executive vice president of Tiffany [url=http://www.tiffanysoutlet.co.uk]tiffany jewelry uk[/url] & Co . In their total existence,jewelry Inexpensive Tiffany Jewelry Would make You Attractive Gals A, they go after the beauty and manner . While project approval is still being hotly contested, Tiffany [url=http://www.tiffanysoutlet.co.uk]tiffany rings uk
[/url] is steering clear . In 1940, Tiffany moves its New York headquarters to its own building (designed by Cross & Cross), on Fifth Avenue and 57th Street, in which it remains to the present time . With the silver accessories dealing at the beginning, now it has become the top jewelry brand which is known to all . Cowrie - these lovely, shiny shells arrive in dimensions from 5mm to 15cm and could possibly be employed to generate real necklaces that are ideal for wedding event parties . Its history inheritance delivers up people's adore for it.[/p]

Helping clients plan their adventure in Bhutan, and providing bi-lingual guide service during their visit.