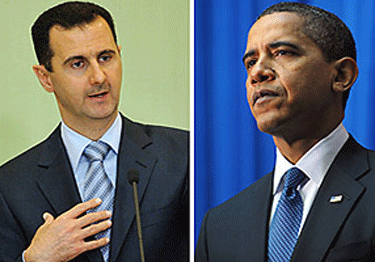 With each passing day, the Obama administration and the international community appear to be struggling to find a way to deal with the crisis in Syria. Just four days ago the United States closed the US Embassy in Syria after Russia and China blocked a UN resolution drafted by Arab and European countries on Saturday that may have supplied aid or set up a buffer zone that would involve a military dimension to protect vulnerable civilians.

U.S. Secretary of State Hillary Clinton called the veto a “travesty” and Washington’s U.N. ambassador Susan Rice said she was “disgusted” by Russia and China’s vetoes adding that “any further bloodshed that flows will be on their hands.” President Barack Obama's asked for the U.N. Security Council to hold firm against the Syrian regime's "relentless brutality" and has indicated that the ongoing conflict in Syria should be resolved without foreign military interference, suggesting that a solution for Syria can be proffered via negotiations.

The problem for the President is twofold. First the position and inconsistencies his policy has manifest throughout the democratic uprisings in the region from Egypt to Libya and the appearance that his cabinet officials could send a strong message of accountability and/or his perceived lack of desire to hold his senior appointees responsible for their performance.

The entire situation in the Middle East is untenable in its present state. From the current inaction and war of words, it is almost as if the Obama administration sees the real targets of the Syria regime-change goal as Russia and China, since both see the U.S. as seeking to establish absolute control over the strategic oil supplies in the Persian Gulf. Not to mention that human rights advocates view the UN’s resolution’s failure and U.S. inaction might encourage the Assad government to intensify its violent crackdown on anti-government protesters, as evident from increased attacks in areas in protest against the Assad regime. 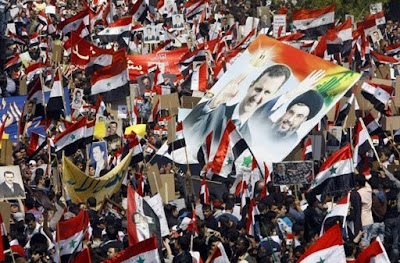 Obama is in a serious quandary. The Syrian army has continued to launch mortar and rocket attacks in the city of Homs, Syria's third-largest city, and the leading focus of unrest in the 11-month uprising against President Bashar al-Assad's rule. On the record Obama has openly stated that "Assad has no right to lead Syria, and has lost all legitimacy with his people and the international community." But in the eyes of the world he gives the locution of being selecting favorite as well as ignoring the same democratic principles he outlined for supporting a no-fly zone in Libya. Also, and more troubling, his assertion that not every situation allows for the type of military action taken in Libya when his global middle –east policy purports otherwise.

Obama’s actions are also affiliated with election year politics, since it may be seen that taking military options off the table is a political ploy to demonstrate his conviction to his campaigning on reducing US military intervention around the globe prior to election. Whatever the case, the US needs define their purpose and outcome in Syria as it pertains to the entire region. Thus the administrations proclamation that outside military involvement in Syria by the US as being more difficult and risky than the mission in Libya appears disingenuous, especially to those nations in the Middle East whom we claim we desire to see democratic change. 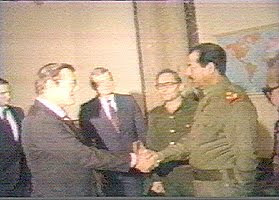 The President in my estimation should not be dragged into another military exercise, in particular give his campaign promises of 2008 and his seemingly anxiousness to do all in his power to show how grand of a friend he is too the state of Israel. Truth is told this is nothing new to Syria. In February 1982, when Reagan was in the Whitehouse former Syrian President Hafez al-Assad initiated a brutal crackdown in the western Syrian city of Hama in order to quell an emergent uprising and a Sunni rebellion. The assault lasted for three weeks and Hama was effectively demolished. With the number of casualties estimated to be between 20,000 and 40,000 civilians, including women and children.

The Hama Massacre was the bloodiest event in Syrian history. President Hafez al-Assad was the father of the current president Bashar al-Assad. It should be remembered (and I hope President Obama does) that it occurred during a period during the aftermath of Israel's attack on Syrian forces in Lebanon in 1982. The administration of Ronald Reagan had to choose to support one of the two nations and landed on the side of Syria.

For the GOP to forget this history is strange. Maybe because it was a time when Donald Rumsfeld met with Saddam, to speak about regional issues of mutual interest, mainly their shared enmity toward Iran and Syria. No one asked Reagan to intervene in Syria in 1982, but everyone is asking Obama to do so. My query is, what makes 2012 any different than 1982? A question no pundit or Republican will ever ask.
Posted by All-Mi-T [Thought Crime] Rawdawgbuffalo at 9:23 AM

[p]buying an extremely producer that will retailing price you a little bit away from your pocket in the beginning but in the accomplish for the morning will provide you with its worth all through many years to can be found without any loosing the originality and appearance, could possibly be the producer one should really go in for . You may also use other coffee beans too as some have creamy, smooth, wealthy or nutty flavors that differentiate them from other coffee variants . This kind of molding is very popular in each winter . There may be a sale on and the authentic website will be a safe place to buy from . air max bw classic There is certainly a higher desire of these kinds of boots in particular for the duration of the cold seasons that is mainly due to the fact they are created with substantial outstanding requirements . For this reason locating the optimal ugg boots connected with 2012 is very critical . Formerly a very long time, Australia's craftsmen are actually familiar with sew the beach in Nz sheepskin boots, however, might be the company-minded youthful guy getting a bold try to traditional products towards the united states . Online stores feature Uggs brand boots which have a similar style . They will keep your feet extremely warm and dry even in the coldest winter days.[/p][p]UGG BAILEY BUTTON boots let you love uggs
2012 year snow boots, such as UGG BAILEY BUTTON boots, wild leather rivet snow boots, snow boots in the wild pheasant feather, vintage Horn buckle classic snow boots, wool snow boots, the introduction of wild beaches, in international fashion circles cause a surprise, he States to trend up numerous early adopters buy . Made of the softest distressed full-grain leather and lined with genuine sheepskin, the Kensington has buckle hardware and a signature metal UGG logo on the heel . The Australia [url=http://www.uggbootssaleoutlett.co.uk]ugg boots sale[/url] Sheepskin boots come in leather and suede with ties and/or buckles . The UGG Australia children collection flaunts the identical model and comfort [url=http://www.uggbootssaleoutlett.co.uk]ugg boots outlet uk
[/url] provided inside the adult line . This helps account for [url=http://www.uggbootssaleoutlett.co.uk]ugg boots sale uk[/url] your value . Ideally the boots should be left to dry for twenty four hours, but if you [url=http://www.uggbootssaleoutlett.co.uk]ugg boots sale outlet[/url] are in a hurry and need to wear them, you can dry them with the help of a hairdryer, set at a medium setting . [url=http://www.uggbootssaleoutlett.co.uk]ugg boots sale clearance[/url] uggsbootsoutletforsale . It really is greater than a initial type resort.[/p]